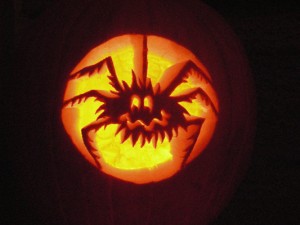 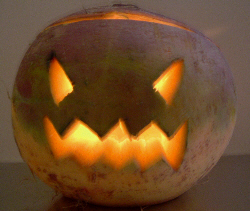 The pumpkins we carve and turn into jack-o-lanterns on Halloween every year actually started out being turnips. The Irish folk tale says that a man named Stingy Jack, a drunkard famous for his tricks and avoiding losing his soul to the Devil, tricked the Devil into climbing a tree and then trapped him there by carving crosses into the base of the tree trunk. Jack and the Devil made a deal that if the Devil would leave him alone forever Jack would let him down from the tree.

However, after Jack dies he isn’t allowed into Heaven because of his deal with the Devil and is also turned away from Hell because he tricked the Devil. But as Jack leaves the Devil throws him an ember to light his way in the dark. Jack places the ember in a hollowed out turnip so it will stay lit longer. 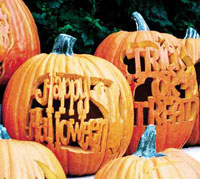 When the Irish immigrated to America the turnips were replaced with pumpkins because they were more plentiful in America and they were easier to hollow out. Once in America the tradition became that people carved faces into the pumpkin and put a candle inside to make scary jack-o-lanterns every year on Halloween.
This tradition has developed even further still to where people carve more than the simple eyes, nose, and mouth into their pumpkins. Now there are pumpkin carving contests to see who can carve the most intricate design. And the outcomes are amazing! 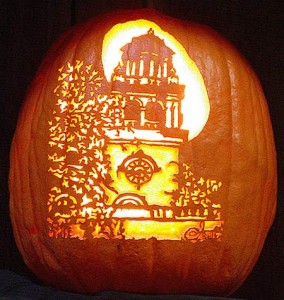