Should we revive an old tradition? We give people food in need for Thanksgiving and Christmas, why not do the same for Halloween? It used to be tradition to help people when times were tough by giving them food and money on Halloween before the cold Winter, but that tradition was altered like so many others when it reached America. Why not bring that tradition back and donate to help those in need for Halloween as well as Thanksgiving and Christmas as times are tough once again? 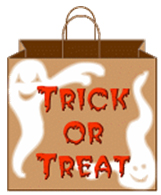 Trick-or-treating as we know it today, dressing up in costumes going door to door to get candy, is not the way it has always been. Originally trick-or-treating was going door to door asking people for food or money because they were poor and starving. People would give these beggars pastries called “soul-cakes” in return for their promises that they would pray for the family’s dead relatives. At the time it wasn’t called trick-or-treating; it was just a way for people to find a way to eat.  Trick-or-treating, as we now know it, received its name in the 1900’s because people realized if they gave children small treats it would prevent them from playing tricks on them.

As for the costumes we dress up in on Halloween, they weren’t originally costumes, Halloween was believed to be the day the dead came back to Earth as ghosts and people thought if they left their homes they would encounter these spirits. To trick the ghosts into thinking they were also fellow spirits people would wear masks to disguise themselves.  People also wore animal skins and heads to tell each other’sfortunes. Another way people tried to keep ghosts away from their families was to put food in a bowl outside their homes hoping this would satisfy the ghosts and leave them alone; which we now do only with candy. These customs eventually evolved into today’s Halloween traditions and the costumes we wear.